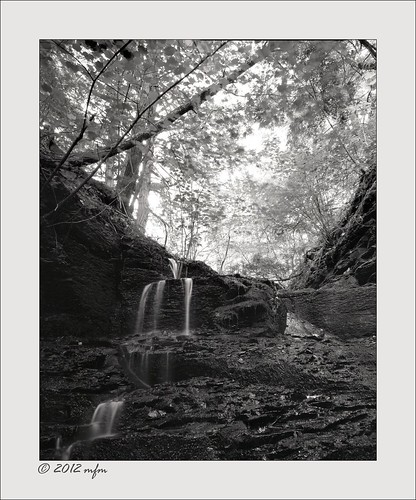 Warning: Nonsense and intentional use of run-on sentences below!
Oh and please remember… English: It’s like a second language to me!
That’s a joke. It’s my only language.

Join the resurgence. This means you!
If you have ever had any inkling of toying with film, if you’ve been considering it for some time or even have had the briefest, slightest notion that maybe, just maybe there is a world outside of the discrete cosine transform used in JPeg compression. If you’ve even ever been a little bored with digital, now might be the time. You can do both you know, I do. As do many, many others who know a hell of alot more about it than me. My stronghold here as an amateur is enthusiasm and if you work with film you’re going to need it. Because it will…
Piss…
You…
Off….
But it’s worth it. Trust me.
Both work in different ways, film and digital. You don’t have to be exclusive! Your digital camera won’t lash out and slap you and then storm out of the house taking the kids and the Duran Duran albums with it. O.K. Yours might but mine didn’t.

Perhaps as of late you find yourself researching (also known as shopping) for the latest and greatest High Megapixel, Super Duper Multiadjustable, Fast Returning, Finely Alternating, Double Jointed, with Nicely Burled Fleece Lined Twin Frequency Drives and Twirling Fosinators of a Dreamy Delight of An SLR Point and Spray camera. If you find yourself tinkering post production for endless hours at the computer screen adding various filters and effects until your bloodshot eyes vibrate then cross, and your nose flares then drips onto your keyboard whilst your other hand that has fallen asleep holding that chocolate milk relaxes just enough to slip from your fingers hitting the cat who growls and screams and jumps from your lap scratching both your thighs causing you to hemorrhage profusely and the heightened ability to create and combine like never before new four letter words until the climactic point it where it sounds like a disgruntled Romulan who just lost an eye in a game of Lawn Jarts – trying desperately to refine that capture you made – that capture that took all of 13 seconds as you sprayed the 360 degree horizon with the shutter button held at 3 foot pounds at 5 frames per second – filling that 32Gb SD card with juicy juice Raw Files we all so love (No offence- I’ve done this) – as you drop to one knee with hand on heart and pray to the Lord above and All THAT IS HOLY for a shot worthy of all your wishes and dreams and worthy of an upload then —
NOW IS THE TIME TO DO IT.
Perhaps anyway. Or not, who knows? What? Me panic?

I say this NOT ONLY because I have just imbibed two , sorry, three vodka lemonades, but also because today I read that another of my favorite film manufacturers is CEASING PRODUCTION!!! I won’t say who… But You Know Who You Are! Look, I like profit as much as the next guy but come on! Man! Dammit! I immediately got online and dropped 175 bucks on film. Just in cases. I am willing to bet whoever the CFO of this outfit is, is somewhere tropical and fancy, with a yellow or pink Polo shirt tucked into his khaki shorts and wearing black socks and docksider shoes, taking pics of his kids, and his mistress, on his yacht, with a 200$ Point and Shoot, while he snickers to himself… "Film is dead, film is dead! This is where it’s at. Digital! Digital is the way and the light!". Look, if you don’t like it and use it, for Gods’ sake man, sell the company to someone that does! There are people out there who need film and lot’s of it! Hungry, cold, tired people who just want a sandwich, I mean film. More film! That’s right, It’s an "artsy" thing. I can’t completely define it. It’s a "hurt so good" thing. Last week… When nothing came out and this was over exposed and that was under exposed and the other one was covered in dust, did I quit? No. I didn’t, I said give me more please. Hit me again. Next time might be better.

And it was. Cause this week every single negative came out great, like never before, and I held them up to the bathroom light, cause it’s unusually bright, and I was mesmerized. Mesmerized by the light that painted 12 moderately sized 6 cm squared images in a negative state of being onto my eyeballs, past my brain stem and down into my very soul. Beauty does exist! I exclaimed aloud to no one for I was alone.
And I had to wait to see if all the hard work that film requires paid off, I had to see, cause instant gratification and film don’t mix see! One takes a picture and one waits. One doesn’t view it on a 3 inch screen at 960,000 dots per square inch. One takes it and keeps it safe like Gollum would until he gets home to develop it. My precious. And I took them and scanned them and now they rotate one by one deep into the night on my computer screen for no one to see but me – or you – if I choose to upload them – which I may, soon.

So, I’m not expecting all film to instantly become a thing of the past, yet, but a reduction in makers and availability is clearly a symptom of the digital age and I do understand. Digital is easy. Digital is the cash cow. Kind of like cell phones. Every year there’s a new one. Instant gratification. More, more, more. How many car companies, drug stores, do it yourself home improvement stores and banks do we need on any given corner? Yes I know, I know, online it’s a global economy. Although locally – urban sprawl nearly follows me home at night. Convenient but ridiculous. The more successful company should eventually win out and our misfortune is a lack of choice and competitiveness which leads to higher prices and fewer options. Do we need 137 different makers of film? I don’t know, probably not. Maybe we need only 20, maybe we can make do with fewer. But I would pay more for my favorite films, I would pay more for any film if the medium becomes so anorexic that there is little to no choice of style or selection. Camera makers only make money if we continue to buy whatever is their newest, latest release. Eventually the market will saturate, sales will drop, employees will be laid off. What then? Lens sales? Storage card sales? Not likely. I have a nice digital camera with the twin cams and the fancy center and I have a boat load of film gear, both are available online for never before prices. But the pendulum swings, the resurgence is here and time may be short. The pursuit of beauty doesn’t go away, it’s out there, it’s always been out there, waiting for you, unattainable yet within reach. The impossible is happening even now as instant film struggles for a foothold. Color film, black and white, slide, negative, positive, paper, plastic, pinhole, 35mm, 6x6cm, 4×5 or 8×10. Sharp, dull, expensive, fast, slow, cheap, exciting? Yup. Always. Unexpected? Yup, that too.
So join in the excitement, join in the frustration, join in the resurgence, the more that do, the longer we have options. And more options means good.

tech:
1 minute 23 seconds at f45 which is pretty small but not as small as f64 which is really, really small (and kind of cool when you think of it), but that I didn’t choose because I’m afraid too. There, I said it.
Graflex Crown Graphic with Schneider-Kreuznach Super Angulon 90mm lens
Arista EDU Ultra Black and White 4×5 film.
Developed in HC-110 at 1:150, stand for 1 hours.
A very slight levels tweak with Elements.
Negative scan.

Learn How to Make Wildly Profitable Media Buys ($197 value for FREE but only while they last)
Exclusive Bonus:  Dream Car Contest
(Don't Miss This!)

Insider Secrets to Profitable Media Buying ($197 value for FREE but only while they last)
Exclusive Bonus:  Dream Car Contest
(Don't Miss This!)

Want to be the Next MicroCap Millionaire?
(Don't Miss This!)